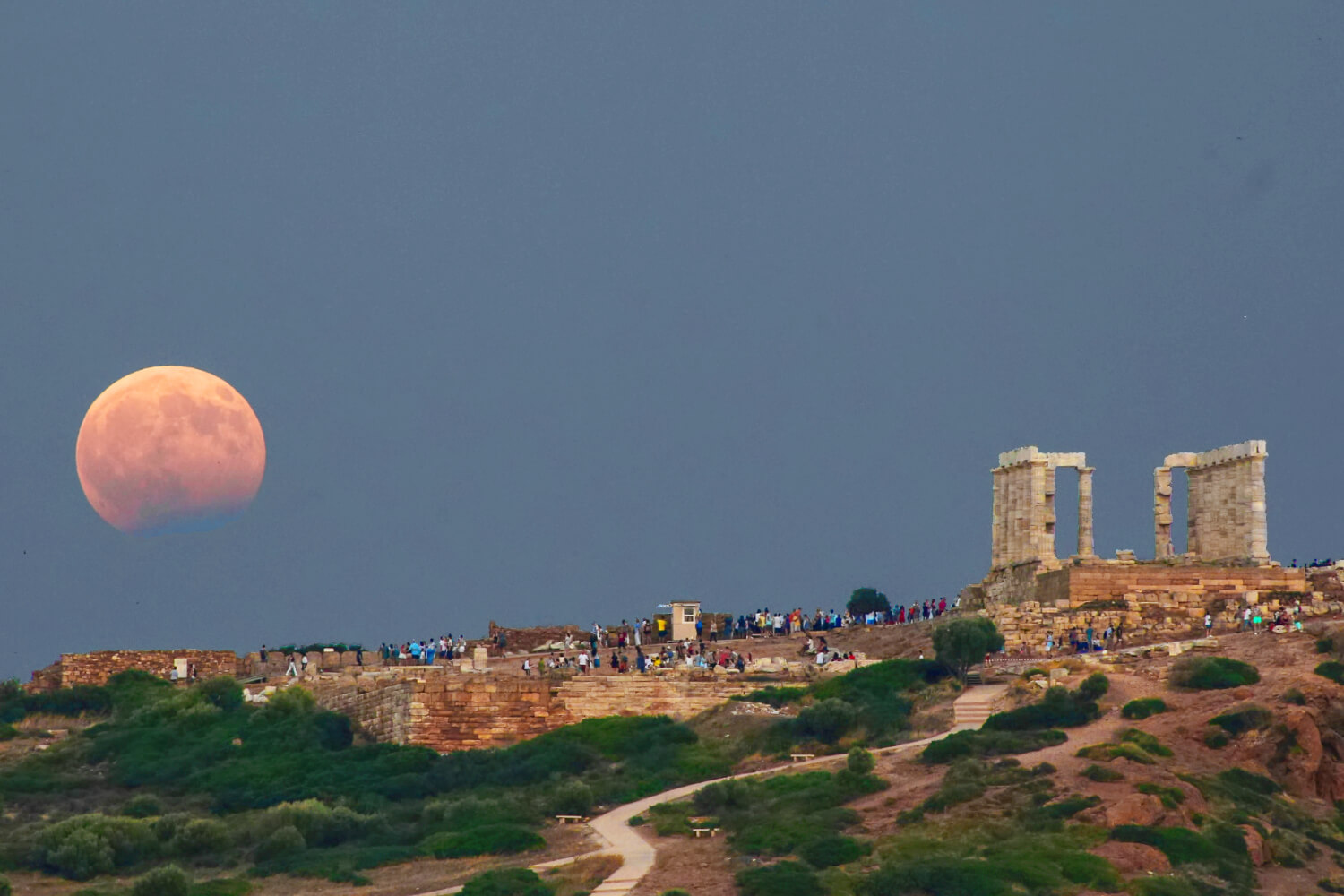 Athens to the Temple of Poseidon Return Transfers

The Temple of Poseidon, with its rich history and architectural beauty, towers over the Saronic Gulf on the tip of Cape Sounio, 70 kilometres (43 miles) from the centre of Athens. At this southernmost point of Attica, crowds of people come to witness the fiery sunsets and explore this sacred temple up close, built to honour Poseidon, god of the sea. 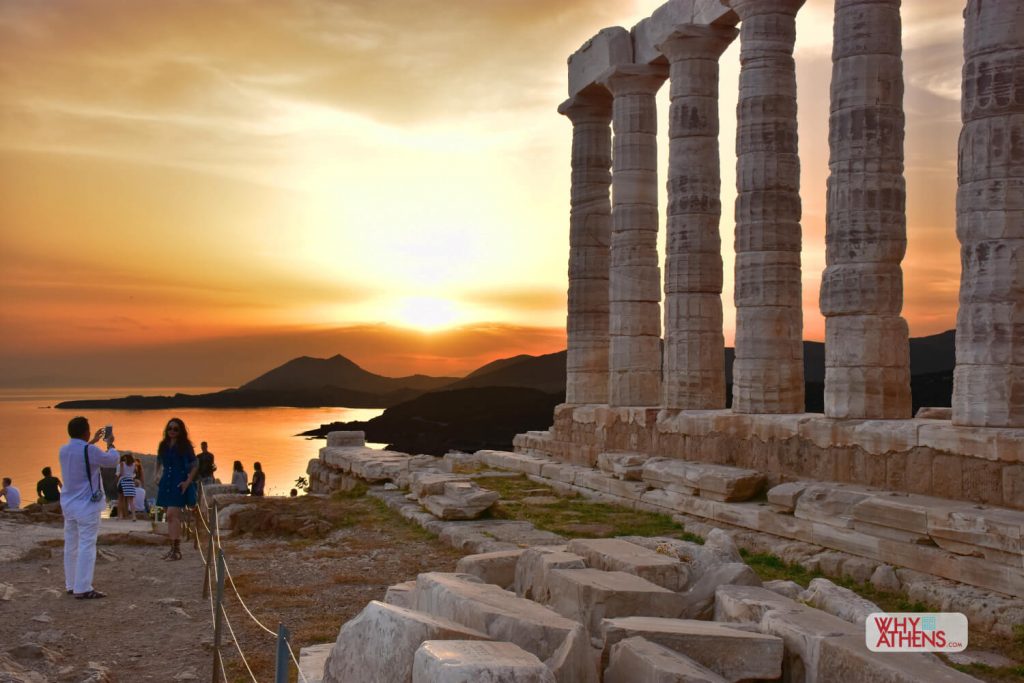 You'll arrive in time for a spectacular sunset at the Temple of Poseidon. Photograph: Why Athens

As part of the August full moon festivities in Athens, the archaeological site will remain open until midnight, allowing visitors to experience the temple beneath the glow of the summer full moon. We’re pleased to offer this special return transfer from Athens on the 15th August for €48 per person.

What you can expect 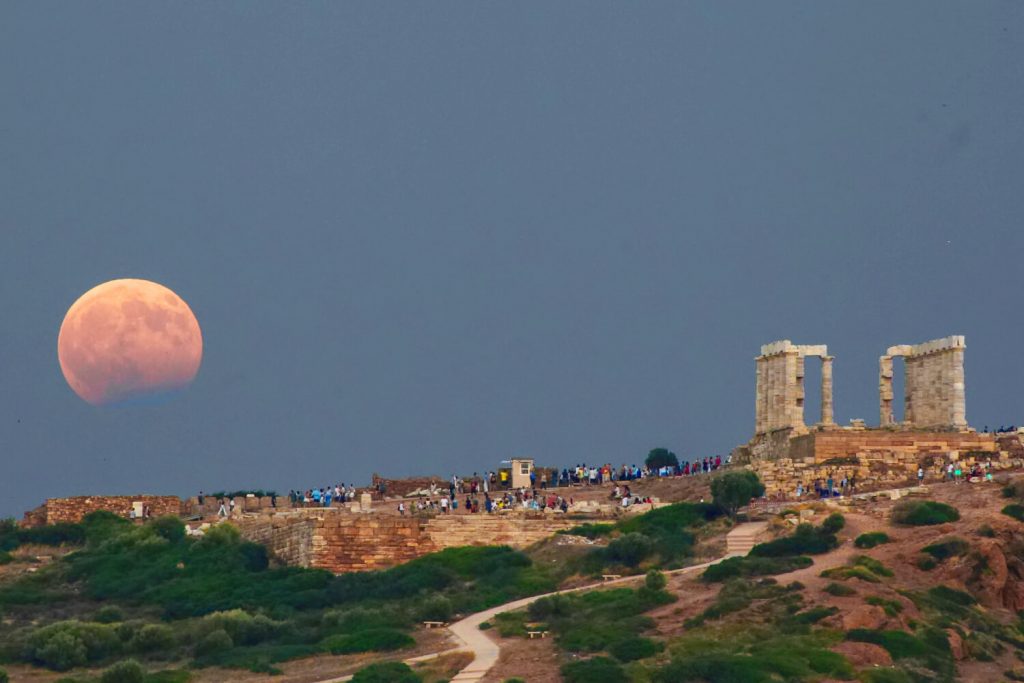 The famous Temple of Poseidon, constructed in the mid 5th century BC, is located within an elevated archaeological site overlooking the natural beauty of Cape Sounio and the sea of the Saronic Gulf. It is a picturesque 1.5 hour drive from central Athens along the southern coastline. The rising summer full moon over Cape Sounio is an absolute highlight in August and is the only day of the year where the sacred site remains open after sunset, for visitors to admire by moonlight. 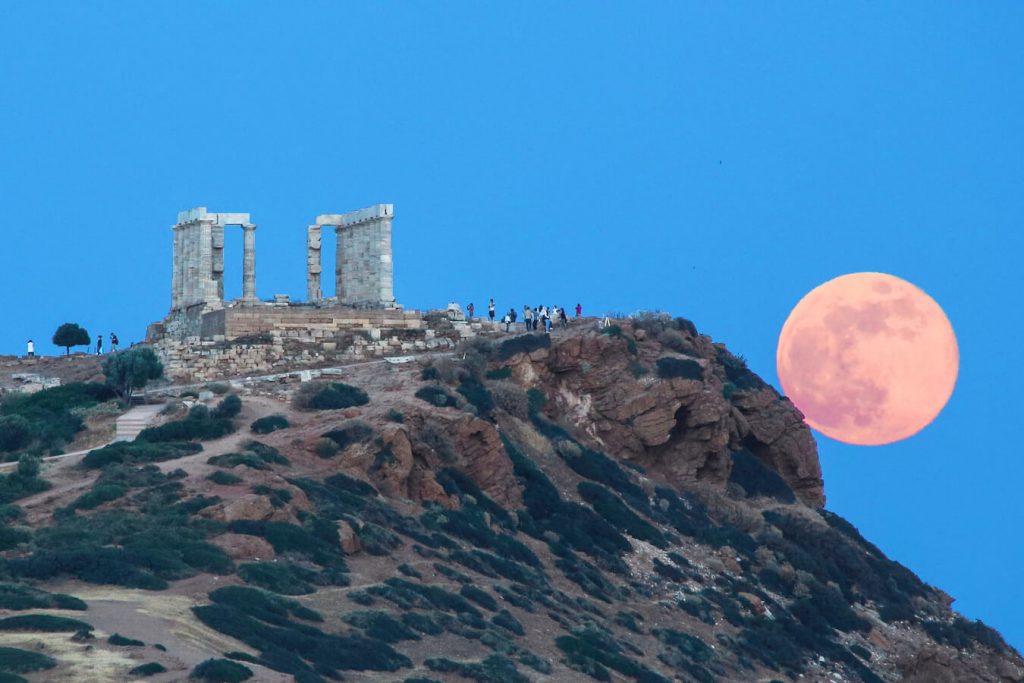 The August Full Moon rising over the Temple of Poseidon. Photograph: George Vitsaras/SOOC.gr

Your driver will meet you at a designated meeting point in Syntagma Square, in the centre of Athens, at 5:00pm (17:00). You will be transported in an air-conditioned vehicle directly to the Temple of Poseidon, driving along the Athenian Riviera. You will arrive approximately one hour before nightfall, giving you time to explore, before the sun descends (around 8:00pm), giving way to the rising full moon shortly afterwards. You will have approximately 2.5 hours in total to explore and experience the ancient site under both sunlight and moonlight conditions, with the crystal waters of the Saronic Gulf in the background. Snacks and light meals are available at the casual eatery found within the grounds of the site. 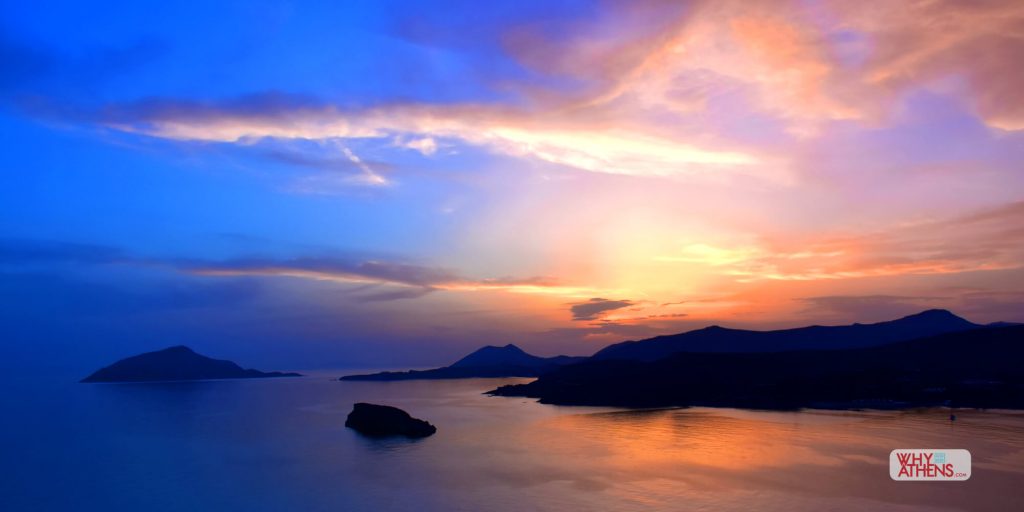 A fiery sunset over the Saronic Gulf at Cape Sounio. Photograph: Why Athens

Your driver will be waiting at a designated area at the Temple of Poseidon to take you back to Athens and you will be dropped off at the same point you were collected in Syntagma Square. Please note: Return times to Athens vary depending on traffic conditions. Estimated return arrival time in Athens: 11:45pm (23:45)